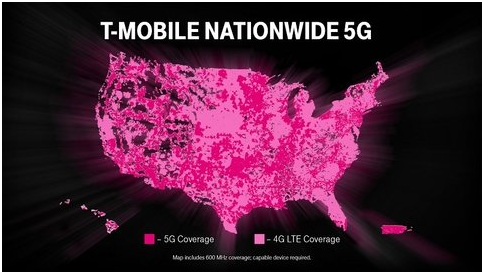 Posted at 04:46h in Uncategorized by developer 0 Comments
0 Likes

T-Mobile said in the filing that the leasing arrangements will yield public interest benefits, enabling it to provide 5G wireless services “in several large U.S. markets, including eight of the country’s top 10.” (T-Mobile)

Currently, these companies are lending 600 MHz spectrum to T-Mobile to help the carrier boost its network during the Covid-19 pandemic.

The parties have filed their application with the FCC, and if granted, the leases would exist until February 28, 2023.

T-Mobile said in the filing that the leasing arrangements will yield public interest benefits, enabling it to provide 5G wireless services “in several large U.S. markets, including eight of the country’s top 10.”

The leasing arrangements will put T-Mobile over the spectrum ownership maximum amounts in a small percentage of counties in Dallas and Chicago. But it argues that immediate access to between 10 MHz and 30 MHz of additional 600 MHz spectrum for up to three years “will promote the objective of T-Mobile U.S.’s rapid buildout of its 5G network in the exact same manner as access to the 600 MHz licenses that Dish has agreed to negotiate in good faith to lease to T-Mobile U.S.”

The carrier is still expected to negotiate 600 MHz leases with Dish. The parties agreed to do this as part of the Final Judgement in the Sprint/T-Mobile/Dish deal.

In its recent FCC filing with Channel 51 License Company and LB License Co., T-Mobile says the 600 MHz spectrum from those companies will allow it to meet the same objectives as with Dish, “but on a more rapid timetable.”

In a late May letter to the FCC, it became apparent that negotiations between Dish and T-Mobile were getting a little testy.

T-Mobile had asked for an extension of the 600 MHz spectrum loan from Dish. And Dish indicated that it wasn’t happy that T-Mobile had used the additional spectrum to enhance its marketing efforts. Dish complained that T-Mobile had publicized the capacity benefits of this spectrum in press statements, tweets and advertisements “in an apparent effort to acquire new subscribers.”