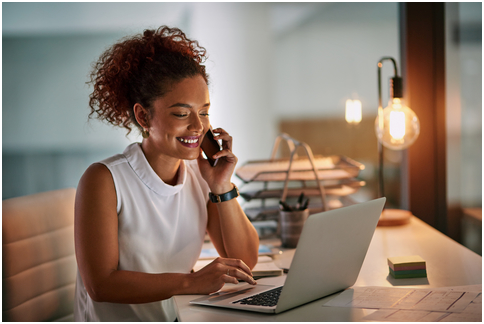 Posted at 04:45h in Uncategorized by developer 0 Comments
0 Likes

The increase in “contactless” transactions is expected to outlast the coronavirus pandemic. (FierceWireless)

It seems like we’ve all been at home forever, and there is no clear end in sight, but we all know that someday we will be able to return to most of our old routines. In addition, we may adopt some new routines that could outlast the stay-at-home orders as people start to use their phones in new ways.

Stay-at-home orders have introduced many people to apps that enable them to order takeout food or groceries online, and when they do go to the store, more people are choosing to pay with their phones instead of touching cash or credit cards. Jason Gardner, founder of payment processor Marqeta, recently told Bloomberg Markets that since the pandemic started his company has seen a ten-fold increase in contactless payments made using apps like Apple Pay, Android Pay and Samsung Pay, as well as online payments. “I believe that because of the coronavirus, people are going to move more to contactless,” Gardner said.

Not surprisingly, Marqeta has also seen huge increases in online delivery, much of which is initiated from a mobile phone. He said that demand for online delivery surged more than 30% the first week government officials started telling people to stay home, and then it increased 82% the following week. Like contactless payments, Gardnerexpects this behavior to also outlast the pandemic. “Once you’ve experienced convenience, it is hard to go back,” he said.People are also playing more video games on their phones.

After people started staying home to avoid COVID-19, Verizon reported a 75% increase in video game traffic and T-Mobile reported a 45% increase. Some of this is of course driven by the large amounts of extra time many people now have. But people aren’t just playing the games they have; they’re also downloading new games, and people who didn’t play before are starting to. It’s reasonable to expect some “stickiness” from the increase in mobile gaming, especially as carriers continue to roll out 5G networks that can support augmented and virtual reality games.

As soon as the pandemic started forcing people to separate, video calling increased. By March 23, Facebook was already reporting a 70% weekly increase in the number of people using Facebook Messenger for group video calls. On April 7, The New York Times reported that use of the group video chat Houseparty is up 79% since early March.

The pandemic is introducing some people to video calling for the first time. Increased use of video calling will be a “residual component of COVID,” according to Paul Carter, founder of Global Wireless Solutions, which uses drive testing to analyze mobile network performance and surveys to track the ways people use their phones.

Hopefully, people won’t try to join video calls from their cars, but from other places they may increasingly use their phones to join conference calls using video, even after the pandemic ends. Now that many office workers have had to learn how to videoconference on their computers, meetings that were once held through conference calls are likely to become video calls going forward. “With a third of humanity now in lockdown, video conferencing is fast becoming the normal way to communicate,” wrote Enrigue Dans, senior advisor for digital transformation at IE University.

One other change from the crisis is that Wi-Fi calling has caught on.

Carriers report that their customers are making more voice calls during the pandemic, and many of them are using Wi-Fi rather than cellular. Of course, many people may revert to cellular when calling from home in the future, but Carter thinks a significant number of mobile phone users will stick with Wi-Fi calling now that they’ve discovered it. He said that as recently as last June, half the people GWS surveyed about Wi-Fi calling “had either never heard of it or were not sure how to use it.” But of those that did find it, less than 15% “switched if off because they thought the performance was worse than the cellular network.” With the current stay-at-home orders, Carter thinks Wi-Fi calling is “coming of age.”